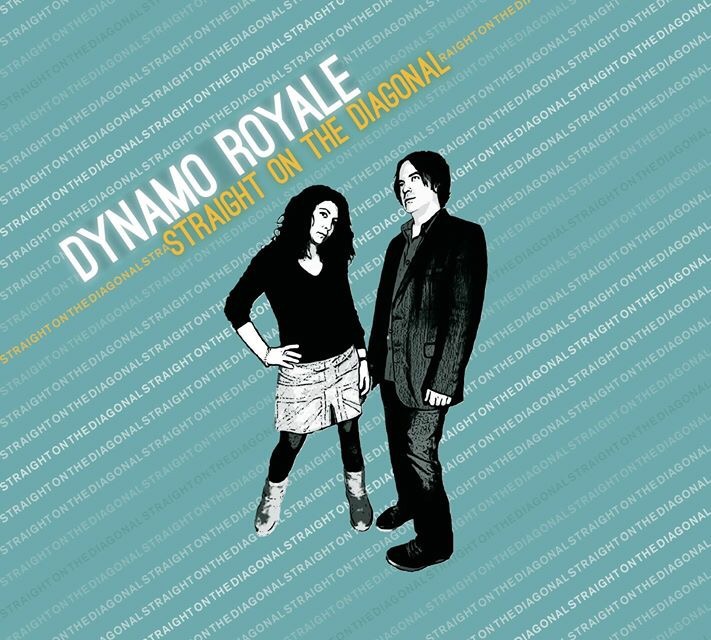 I have some pretty fabulously talented friends… and even better, said friends who sometimes need a hand!

And so meet Jon Auer and Tiz Aramini, who together are known as Dynamo Royale. Jon is well known as one half of the Posies, but also plays in Big Star.  Both bands have fervent followings and have attained cult status – and having clocked over 45 gigs over the past 20 years, I think I can count myself one of their devotees. But I won’t hold it against you if you’ve never heard of either, I will just urge you to check out Frosting on the beater by the Posies (melodic and loud!) and Thirteen by Big Star (loud and melodic). One of the Posies songs was famously covered by none other than Ringo Starr, yes, that same one out of the Beatles.

Tiz on the other hand is an old friend of mine and very talented musician in her own right. We met while loitering at the front of a Lemonheads concert in Paris (we hoped to crash the soundcheck and failed) back in 1993. We both had obviously great taste in music and got on immediately like a proverbial house on fire. Tiz accompanied me on some of my frenzied Posies adventures (at least 30 of aforementioned gigs were between 1993 and 1997) and met Jon as a result. Tiz has released a couple of albums previously, with Jon producing one of them at the time, with Darius Minwalla on drums, also from team Posies.

So it only took these two 20 years to finally fall in love, marry, and release this album under the moniker Dynamo Royale.

(Sorry for the long meanderings, but this is a pretty significant era of my life we’re discussing here!).

Jon and Tiz approached me after seeing some of my very early drawings, such as this portrait of Ned’s atomic Dustbin. They liked the strong contrasted look in black and white. Rather than draw them from scratch, I worked on a picture of them to create a similar effect. We then discussed their ideas for the front cover of the album ‘Straight on the diagonal’ – and I came up with the idea of straight and diagonal lines as a background to match the album title, did a few mock ups for them and let a pro sleeve designer work his magic.

I am incredibly honoured and delighted to see my work gracing this album – made by two people who are so dear (23*) to me, so talented, and not afraid to come out with a record that will certainly surprise regular Posies fans – it’s a sophisticated, lush and complex record full of layered harmonies and beautiful melodies.

The record is still to have its official release – but for the time being, you can find Dynamo Royale at www.facebook.com/dynamoroyale and you can catch them on Twitter too @dynamoroyale.