In the genesis according to Karuski, first came paperdolls. I used to draw a lot as a child/ teenager, but never trained and as other life things took over, the drawing stopped. In fact, it stopped for twenty years. Then motherhood happened, and with it the joy of plunging head first again in children books – re-opening worlds of imaginative stories and illustrations.

Then The paper dolls, the excellent book by Julia Donaldson and illustrated by Rebecca Cobb, gifted by my very talented drawist friend Galia Pike. That Christmas offering keeps on giving, as it somehow niggled me into having a go at copying the cover, thinking that my daughter would enjoy playing with them (until some mean boy TRASHED her dreams by cutting them to piece *still sobbing*). 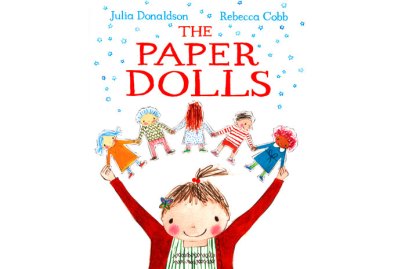 The result took us all by surprise. It was good. Then I thought ‘What else can I do?’ and the inspiration came instantly:’CATS!’, closely followed by ‘Louis Wain cats!!’ and so the paper dolls parade began. These have been cruelly neglected as other projects took over. I will get back to it with a vengeance soon though, I know it.

And the next steps could only be to mix and match with my other love – music. So who are these super cool cats? Why are the 80s so maligned when they offered us the apogee of these non-apologists? The Specials are just that. The look, the songs, Terry Hall’s impossibly grumpy frown (my god that was a challenge – why the long face?) – the ska revival in all its glory.

We revere them so much that we named our son Rudy. I know, poor thing.